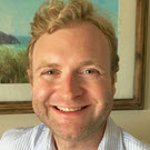 Have you been putting off your first trip to Europe because of pricey flights? Do you travel there frequently and are looking for any way to reduce your travel budget? Now may be the perfect time to keep a close eye on inexpensive airline fares between North America and Europe. Until recently they were the sole domain of budget airlines, but now some legacy carriers are getting into the value game by offering basic economy fares with reduced amenities on international routes.

Competition is heating up on North America—Europe routes

Routes between North America and Europe are popular with both business and leisure travelers. For a long time they were dominated by legacy carriers such as American Airlines, British Airways, Delta, and Lufthansa. Now, however, some European budget airlines are looking to cash in on the popularity of these routes. Their presence is introducing a new type of competition to a segment that previously featured somewhat consistent fares and amenities across the board in accordance with the class of the ticket.

Until very recently, travelers who wanted to cross the Atlantic had very few options available to them. The low cost airlines that have begun to operate transatlantic routes are forcing the established carriers to reevaluate their fare structures thanks to their ability to woo passengers with low costs.

Budget flying experiences go by many different names—basic economy, no-frills, reduced fare, etc.—but they have won many customers over thanks to their promise of low fares at any time. These reduced fares tend to come with a trade-off of reduced amenities, such as no assigned seat prior to check-in, no free baggage allowance, and no upgrade or frequent flier privileges.

Some low-cost airlines such as Ryanair have based their entire business models on these types of principles, but they have typically limited their operation to intra-continental destinations (such as between the U.K./Ireland and continental Europe). Now, newer companies such as Norwegian and WOW are proving that there is a valuable opportunity in the market to translate these basic economy fares to transatlantic routes. Passengers are clearly willing to forego certain amenities and conveniences for the prospect of a cheaper fare, especially when you consider that transatlantic flights have typically been out of the budget of many travelers.

Not willing to cede control of the low-cost transatlantic market to the upstarts, the legacy airlines are now introducing basic economy fares on certain flights between North America and Europe. American Airlines will introduce its own version of international basic economy on some transatlantic routes in April. These tickets will be non-refundable and non-upgradeable, and include no allowance for checked baggage, but passengers will be allowed to place one free carry-on item in the overhead bin (as opposed to the airline’s policy on domestic basic economy fares, in which they are charged for this convenience). Also in April, British Airways plans to expand their basic economy fares from short-haul to some long-haul transatlantic flights. Representatives from the airline have indicated that passengers can expect to save up to 20% on the cost of a standard economy ticket to and from North America by opting for the basic economy fare. Virgin Atlantic has just announced their own version of basic economy referred to as "Economy Light" fares which will provide a seat assigned at check-in, an onboard meal, and hand luggage only.

In summary, the basic economy fare for international flights phenomenon is just beginning. All of these new fare introductions will be a win for budget travelers.